“All over the world, dark things are rising up against mortals connected to the supernatural. Killing them or dragging them away into the dark. Creatures that haven’t been seen by mankind in the past two millennia are reappearing. Fighting mortals. Fighting one another. The shadows are boiling over with death and terror, and no one is doing anything about it!” 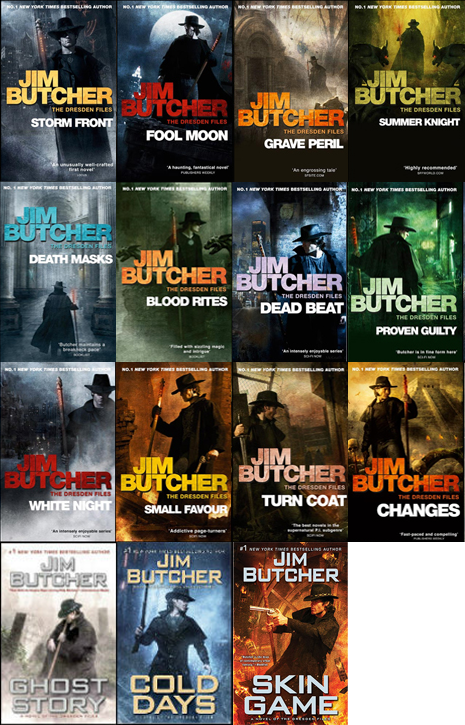 The Emerald City is a website devoted to our Dresden Files Roleplaying game set in Seattle. Because of developments in Jim Butcher’s novels the starting year of our campaign is 2005. As of January of 2017 we, as a group decided to migrate over to the newly released Dresden Files Accelerated game (DFA). We have new players and all new PCs and with the different focus presented in the new rules decided to end this campaign and refocus on starting a new game using many of the same NPCs and utililizing much of the rich history that has evolved after over 7 years of playing in the Emerald City. This is not the end. But a new beginning. If you enjoy this campaign then I urge you to please follow us at our new site: 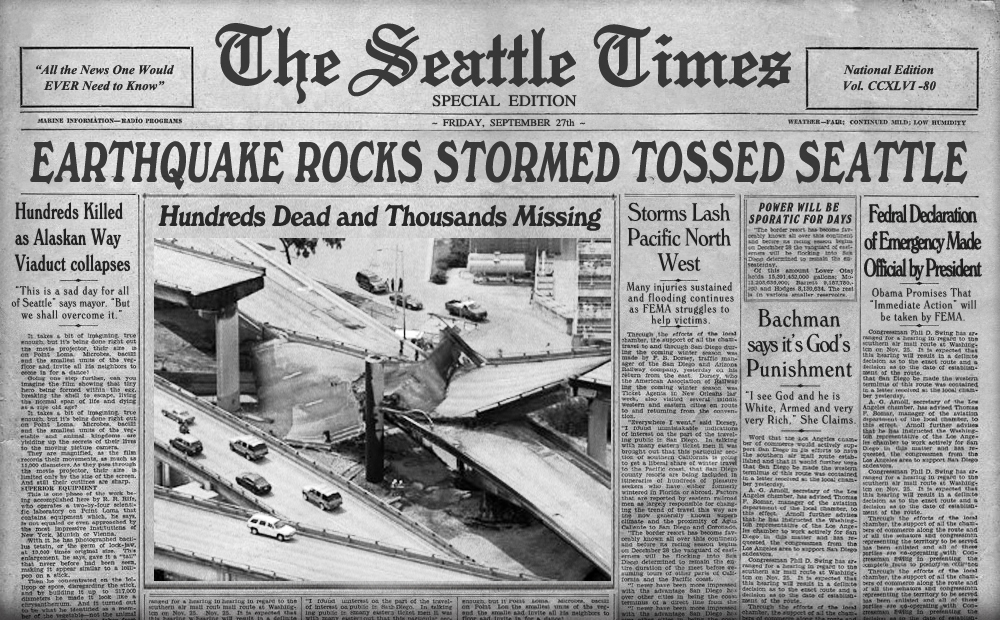 On September 27, 2006 the Leviathan, one of the many names for a Mad God who wants to supplant our reality with his own, nearly gained access to this world. He was thwarted through the efforts of Warden Zebidiah Einar and his allies but the city of Seattle was ravaged by unprecedented storms followed by the most powerful recorded earthquake in Washington state history. The city was devastated and at least 3000 died with over a 1000 still missing. This was followed by a mysterious madness that seemed to strike the city’s populace causing massive riots centered around the University District and Capital Hill. The National Guard was called in after 2 days and the riots have ended.

Battered and broken the Emerald City is now rebuilding. Only time will tell if it can fully recover from such a heavy blow on what the media has christened as Black Monday.

Please explore the Wiki or click on the individual links below for more information on the Player Characters, Locations and Adventure Logs for the game.

NOTE: I would like to thank Wolfhound for all of his help in making this site look as good as it does. His excellent work on the DFRPG DALLAS site was the inspiration I needed to tackle making this site look better and the tutorials and even personal encouragement he provided made it all possible. 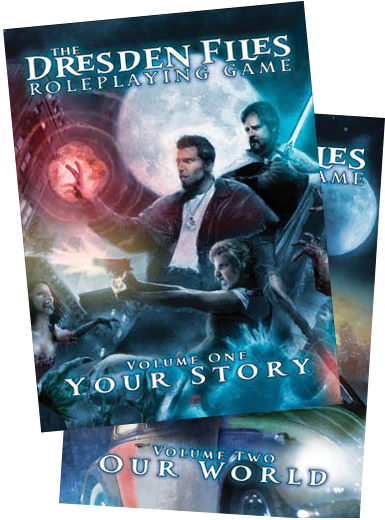 All the images appearing on this site were culled from various sources on the internet and then altered by myself in Photoshop. In general they are used without permission claiming fair use: parody/pastiche. This is a non-profit site, with no challenge real or intended to legally held copyrights. Please contact HumAnnoyd if you would like your image removed or if you prefer different attribution.

Finally, I would like to thank Obsidian Dawn for their excellent Photoshop resources.

Thanks, Abu! We lost a few players recently but we have somehow managed to soldier on with some new blood. Change is life!

So cool to see you still running this great campaign….

Thanks, Guy. And thank you for faving the Emerald City. It has been a blast to work on and I hope we can keep the campaign going strong for years to come.

Nice Layout, I like what you have done with it.

Thanks killervp. I appreciate the kind words.

This site looks better each time I visit! Awesome work!

Thank you so much for the kind words Twiggyleaf. We are fortunate to have such a strong creative group and it really makes doing the art for everything pretty easy. I worked really hard to make everything look good but it is especially gratifying to hear that it is easy to navigate and read. That is always a concern with such an image intensive website.

Congratulations on CotM. It is such a good thing that we have this. For most of the year, I have been quite aware of the sites that won the nomination, but in this case, Emerald City was new to me. First glance exploded with WOW! factor and demanded an immediate FAVORITE recognition. Now that I have had time to read through some of the site, I have to commend the HUM for his excellent design and sharp eye. The wiki organisation is brilliant and the entries are both pleasing to the eye and easy to follow.

I particularly like the fact that although there is a lot of art work going on, with excellent blocking, pictures, backgrounds, colours, etc., the fonts are simple clear and easy to read. Bravo for that!

The characters all have very detailed backgrounds and are most interesting to read. Pictures are amazingly rendered throughout the site and I really do like the sense of uniformity that one gets moving through the different sections, each being both informative and dare I say it, “PRETTY DARN COOL”

Having read a couple of action logs, it seems the campaign is a high action high fun level game and I envy all of those involved in it. Living in Seattle must give it extra life. I only know Seattle from playing Shadowrun, but it must be so much more relevant when you need to envisage a place if you have actually been there yourself.

Thanks for drawing me in further and for keeping the standard of new campaigns in Obsidian Portal so high!

Thanks guys! I had hoped we would earn the award some day but was completely surprised that it was so soon and so sudden.

A heartfelt congratulations to you on your COTM win! I continue to enjoy the site and the logs. Keep up the great work!

Woohoo! So excited for you guys and this great site. Congrats.

Jaymes, I appreciate you faving the campaign. It was a lot of fun actually to do all the NPC portraits. Luckily the campaign started out relatively small with only a few NPCs at first. But after over a year of solid playing more and more were added blossoming to the huge list we have today. As for Wolfhound, he was the main reason I decided to try this all out. Without his tutorials on his Dallas site I never would have taken on this project. Thanks for the comments.

Great job. Love the Adventure Logs and that ALL your NPCs have pictures (that must have been a pain in the ass!) I see some definite Wolfhound influence (the man makes me envious when it comes to his ability to make a campaign look great and he helped me a lot on mine as well) plus your own spin on it. Keep up the good work!

Thanks Arsheesh. I appreciate the kind words. I appreciate you faving the campaign too. I should also give credit to my fellow players. We created the Emerald City together and all that imagination was very inspiring.

Wow! I’m really impressed with what you’ve accomplished with this site HumAnnoyd. It’s not often I see a site of this caliber. Great job!

But seriously I don’t know if I ever would have been able to accomplish this without those excellent tutorials you set up. Like I said I have never done any coding. Unless you count an HTML class I took 20 years ago. And things have changed a bit since then.

Nonono, I just helped a little when you got stuck here and there. The overwhelming mass of this work is all you. It looks GREAT

Thanks Dread. It has been a very good learning experience for me. I must give credit to Wolfhound for all the excellent tutorials he has on his DFRPG Dallas site. I wouldn’t have been able to do any of this without them.

This is absolutely gorgeous, very nice game you have here…

Thanks Wildhunt I really appreciate that. It has been a lot of fun to work on and it is gratifying to hear that all that effort is appreciated.

I followed your link from the forums asking for a review. I am not qualified to review any site as my coding is very ordinary but I can give an opinion. Holy Fricken Wow!! Your site is incredible and you have worked hard to really keep on theme with everything, from front page to player portraits.

I am jealous of your players man, congratulations, this is a fantastic site. I really hope you get some great reviews for your site.

Thanks Loki. I am in the middle of giving the whole thing a face lift so keep posted.